Chukie ‘Lynxxx’ Edozien is from Asaba, in Delta state and is the son of the former governor of old Bendel state and first deputy governor of Delta state. The 6ft 2in tall artiste is a full blown ladies’ man as he has the looks and the swag to melt hearts. Lynxxx, who was born on November 24, 1983 is a hip-hop recording artist and an entrepreneur. He attended Corona Primary School Ikoyi, Lagos and went on to Kings College for his secondary education. He later attended University of Hull in the United Kingdom where he obtained a degree in Business, Economics and Marketing.

His single, “Change your parade” which brought him to the limelight was released in December 2009, and a year afterwards, he released his debut album This Is Lynxxx, where he featured a mix of musical genres, which he calls “Jollof Musik”-the art of blending various genres to make good music. That same year, he became the first Nigerian artist to be endorsed by Pepsi.

Apart from his love for music, he has also deleved into other business ventures which include a clothing line called Syndik8 Denim, a digital recording studio called Red Room Studio, a media company called Happy Teddy Media (HTM) and Syndik8 Films.

But the most notable thing about Lynxxx is his love for God. Ever since he had an encounter with Him, he has never ceased to proclaim His name whenever he has the opportunity to.

Today, we examine the Fashion Styles of Chukie “Lynxxx” Edozien, who is our MCM for this week. Enjoy.

We Doff Our Caps For These Slaying Asoebi Outfits 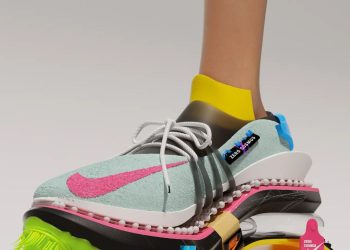 We are kicking off September with the Craziest Shoe Designs By Zero Cosmos. Don't ask if these shoes are real...